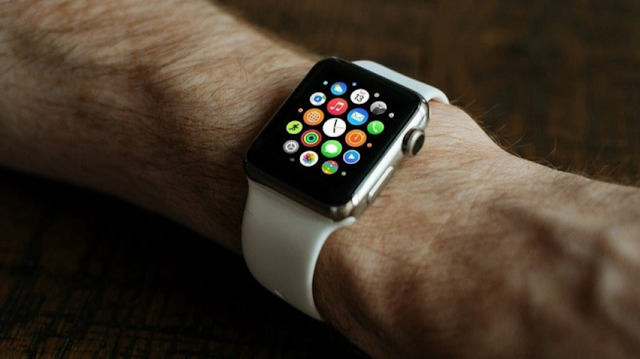 Apple Watch has Claimed its lead in the International smartwatch market with a share of 55 percent in the first quarter of 2020, according to a report by research firm Strategy Analytics.
The general smartwatch marketplace is reported to have seen a 20 percent increase annually — thanks to almost 14 million units shipped in the first quarter of the year. Following Apple, Samsung has managed to maintain the second position, while Garmin, the business that’s famous for its fitness-focused wearables, rose to third.
Strategy Analytics reports that Apple shipped 7.6 million components of the Apple Watch globally from the first quarter of this year. This shows a year-over-year (YoY) increase of 23 percent from the 6.2 million imports record reported in the exact same quarter this past year. With the rise in shipments, the Cupertino company was able to enlarge its share from 54 percent to 55 percent — its highest level for two years.
“Apple Watch has been fending off strong competition from hungry opponents like Garmin and Samsung. Apple Watch owns half of the global smartwatch marketplace and remains the clear industry leader,” said Neil Mawston, Executive Director at Strategy Analytics, in a declaration.
Followed by Apple, Samsung lasted its second position in the worldwide smartwatch market using a Freight set of 1.9 million in the first quarter. However, the total share of the business in the worldwide smartwatch marketplace has dipped from 15 percent to 14 percent during the past year. Strategy Analytics noticed the organization’s growth was impacted by the coronavirus lockdown in South Korea and revived competition from players such as Garmin.
Garmin, on the other hand, has managed to make a comeback into the third-place — overtook Fitbit — using the result of a shipment of 1.1 million units globally in the first quarter of this year. This was 38 percent increased annually from 0.8 million in the first quarter last year.
Strategy Analytics predicts that due to this COVID-19 pandemic, global smartwatch shipments will fall sharply in the next quarter. “Sales in Europe and the US have been struck by virus lockdown in recent months. However, the second half of the year and beyond will see a decent rebound, as customers worldwide steadily regain confidence and many more retail shops reopen,” said Woody Oh, Director at Strategy Analytics.
https://feeds.feedburner.com/Justabcdcom