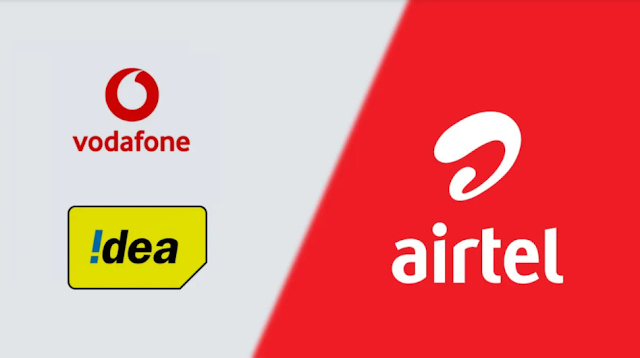 Airtel and Vodafone Idea have extended low-income subscribers’ Resale Package validity to May 3.
This is a result of the ongoing COVID-19 crisis that has led to the whole nation practicing social distancing. The two telecom operators had announced an extension of validity to the underprivileged in the very first phase of the lockdown, and now that the second stage has been announced by Prime Narendra Modi, the validities have been extended further. Airtel claims that incoming calls will not be discontinued even following validity fatigue, and Vodafone has introduced the same advantage for feature phone users.

Airtel says that over 30 million of its low-income readers have not been able to recharge their accounts due to this unprecedented catastrophe. The operator notes all of these customers are going to be able to receive incoming calls even when their validity packs have exhausted. Similarly, Vodafone Idea indicates that 90 million of its clients fall under the low-income bracket. The company has announced the expansion of incoming solutions for attribute phone users just. “This incoming validity extension has been blamed in the accounts of all eligible customers, as fast as possible, within the coming days,” Vodafone adds.

While subscribers get the benefit of incoming calls, no other data or discuss time gains are offered. To avail, these services, Vodafone Idea and Airtel readers might have to perform a recharge. Because of the lockdown, many customers that aren’t well-versed with internet tools haven’t been able to recharge their packs. To assist these customers and help individuals make a little earning throughout the catastrophe, the two telecom operators have declared ways in which subscribers can earn by recharging others.

Vodafone has introduced a new #RechargeforGood program that enables a subscriber to earn around 6 percent cashback on recharges performed for someone else. This recharge need to be performed using MyVodafone or MyIdea apps. In the same way, Airtel has introduced the yarn From Home’ program, wherein an Airtel subscriber has to enroll to become a Superhero, and then subsequent recharge of other people’s prepaid accounts will earn them a cashback. Airtel offers an outright cut of 4% in recharge quantity, wherein the Superhero might need to pay less for the recharge at checkout.