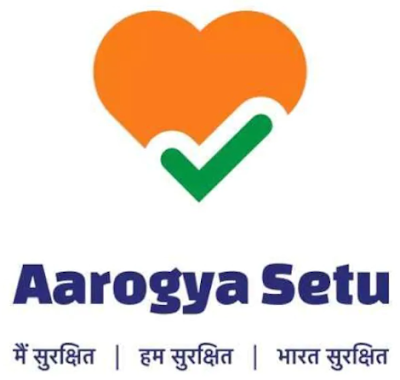 The app that has been established earlier this month to allow contact tracing through mobiles crossed the mark of five million installs in just 3 days of its debut. In the midst of its remarkable growth, the Aarogya Setu program has also raised privacy issues. Some experts also have pointed out that because the app uses GPS — in addition to Bluetooth — for differentiating the possible spread of this infection, it might be used for exactly revealing the location of consumers.
“Obtain the Aarogya Setu cellular app to help prevent the spread of [the] corona disease. Inspire others to download the program too,” Prime Minister Modi stated throughout his address to the country.

This is notably not the first time when the Prime Minister has encouraged the public to obtain the Aarogya Setu program. In reality, he gave its importance and urged his followers on social websites to download the program last week by providing the links to get both Android and iOS users.

The Central Board of Secondary Education (CBSE) also recommended all of its approved schools and institutions to advocate pupils, parents, teachers, and staff among other people to get into the government-backed program.

The first drive helped the Aarogya Setu app draw five thousand installs in just three days of its launch that happened on April 2. As per a tweet posted by Arnab Kumar, Program Director of Frontier Technologies in NITI Aayog, earlier on Tuesday, the program spanned the mark of 40 million active users over a couple of weeks of its launch and appeared as one of the fastest-growing apps worldwide.

It’s also reported that the World Bank recently commended India’s move with the Aarogya Setu program. Some other countries including Singapore have their contact tracing solutions in place for a while to restrict the coronavirus outbreak.

Having said this, the underlying system on which the Aarogya Setu app works has raised various privacy concerns.

“Moreover, the Program continuously collects the location data of the registered user and maintains a listing of the areas where the user had come in contact with other registered users,” the SFLC.in’s a team composed in a post soon after the release of the Aarogya Setu program earlier this month.

Like the claims made by the SFLC.in, the Internet Freedom Foundation (IFF) published a newspaper earlier this week that mentioned major privacy issues inside the Aarogya Setu app.

The major technology-side issue that has been raised by the IFF group is the usage of GPS that is not there in case of the TraceTogether app developed by the Singaporean government and the framework jointly announced by Apple and Google that both rely upon Bluetooth over getting location details using GPS data. The GPS usage by the program would provide authorities precise longitude and latitude particulars of the consumers, which isn’t in the case when using solely Bluetooth connectivity. It is also not required for contact tracing because the consumers who are connected with an infected person can be monitored using Bluetooth too.

Another major issue that has been noted in the newspaper is that the absence of references in reference to some non-government stakeholders and sellers involved in the evolution process. The listings on Apple App Store and Google Play reveal NIC because of the most important programmer, though it is uncertain whether any third-parties are also part of the development process.

But the latest cite by Prime Minister Modi is quite likely to enhance the number of downloads of this Aarogya Setu program. We saw this in the past, with all the Coronavirus WhatsApp chatbot that spanned 1.7 crore consumers within 10 days of its launch. The chatbot climbed from 17 lakh daily busy users to over 35 lakh everyday users in only one day after the Prime Minister emphasized its accessibility during a public video conference.