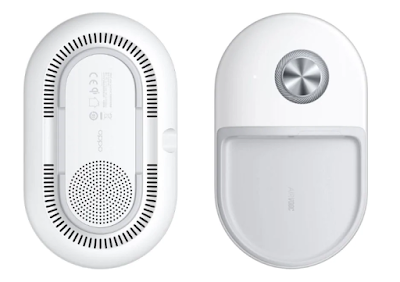 Oppo’s 40W wireless charging pad has been certified by the Wireless Power Consortium (WPC), months following the Chinese technology company joined the consortium. The WPC is a set of companies that promotes the usage of this Qi Wireless Charging standard. The development stems around the time when Oppo is set to establish its upcoming smartphone, Oppo Ace 2. Although it isn’t confirmed if the smartphone will encourage radio charging, previous reports have indicated Oppo Ace two will probably come with 65W fast charging service. Meanwhile, another report asserts that Oppo’s 40W wireless charger is likely to be known as 40W AirVOOC wireless charger.
The website also highlights the 40W wireless charger was enrolled on April 7. Together with the certification information, there were pictures of the wireless charger also that reveal the item in a white colour choice. The charger is split in to two halves where you (side) appears to comprise the wireless charging pad whereas the other contains what appears to be a cooling fan.
In addition, the live image of Oppo’s 40W wireless charger happen to be released by MySmartPrice, which at a report claimed that the item might be known as Oppo 40W AirVOOC wireless charger.
Interestingly, the most recent development comes around a time when Oppo is put to launch the Oppo Ace two smartphone on April 13. The business recently confirmed that the phone will come with Snapdragon 865 SoC and weigh 185 grams. The phone can also be expected to support 5G connectivity.
Meanwhile, earlier reports have hinted that Oppo Ace two will likely come with 65W rapid charging support. It’s unclear whether the phone will support wireless charging, but more information from the company is expected in the upcoming days.
Last year the firm unveiled its own 30W Wireless VOOC Flash Charge charging technologies. However, back in January, Oppo combined the WPC thus, paving way for future Oppo tablets to come with Qi Wireless Charging technology.
https://feeds.feedburner.com/Justabcdcom