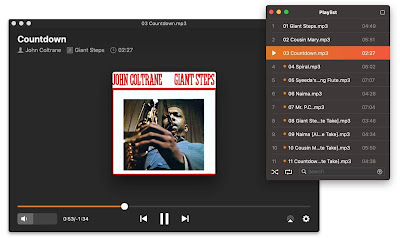 One of the best things about Elmedia Video Player is that you can also stream media through Elmedia, to those devices which support Apple’s AirPlay. Thus, you can enjoy your media content wherever you want and not just on a particular device. Most other video players do not have the streaming feature, whereas Elmedia has provided that feature to its users.

Another excellent feature that Elmedia Video Player comes with is that you can create still shots and also take screenshots from the video that is being played. Mostly, you are not allowed to take a screenshot via a certain video player, which is a big deal for most of the people. If you do not want a screenshot, you can also create stills with an assortment of images.

One of the most unique features of Elmedia Video Player is that it comes with a built-in web browser from where you can download various audio files, videos from popular video streaming platforms such as YouTube, without any problems. Thus, it is an amazing feature, especially for those people who are actually looking to have a built-in web browser. 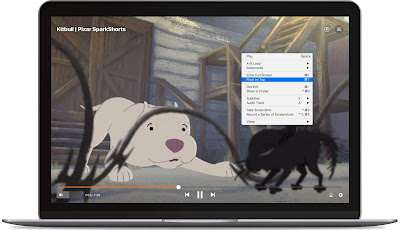 If you are looking for a video sharing app like YouTube or Vimeo, but without any ads, Elmedia Video Player is the best option that you have. All you need to do is simply press Command+U and then, you need to copy and paste the URL of the video you wish to watch and specify the resolution in which you want that video to be played, from the Menu which you can see on the interface. Once done, you need to press “Open” and then you can watch your video without coming across any ads.
I speak for most of the people here when I say I do not like ads popping up every time I am watching a video on YouTube. Ads are annoying to say the least and breaks the flow of something you are watching. Through Elmedia Video Player, you can easily watch the content on YouTube without coming across any ads and have a smooth experience of whatever you are watching. This feature right here is what makes Elmedia Video Player one of the most unique media players out there.

A media player must always support various formats without which the user experience is nothing more than a black and white movie without any audio. Most of the media players provide you with some excellent features, however, they fail to provide the users with a media player which supports most of the audio and video formats. However, Elmedia Video Player is nothing like that because it offers the users with the best features as well as it supports almost every video and audio format out there, making it easier for the users to watch the content.
https://feeds.feedburner.com/Justabcdcom